Ooooh so spooky. So mysterious. So captivating. Journey through this world as you take on one life-changing mission to hunt down and capture a runaway girl. Fight your way out of life-threatening situations, use analytical skills like a detective to figure out how to best proceed in different scenarios, listen to a pulsating soundtrack made from synthesizers, and finally, of course, try to hump everything that breathes, and in a few cases things that don’t breathe as well (It’s not what you think, I’m talking about busty sxbots, so don’t get your hopes up you sick bastards) Buy this game. Play this game. Get mad that the game isn’t done yet. Patiently wait for the next update to come out. Rinse and repeat. 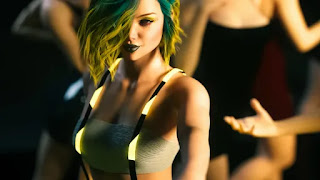 The game is great, all my shit talking about it being like Blade Runner is just that, me talking shit. I’m a sci-fi writer and believe me my stories definitely have similarities to Blade Runner, that’s just kind of the nature of most cyberpunk dystopian stories. And really, the game isn’t that similar to the film or book, I’m just poking fun at it. Anyways, the game is f*cking fantastic, the soundtrack is great and fits the various moods perfectly, the lore is so carefully and masterfully crafted, and the story and characters themselves are completely captivating. In the game, there are even small tidbits about the world you can read that just help to immerse you even more into the game (I told you I play it for the plot). 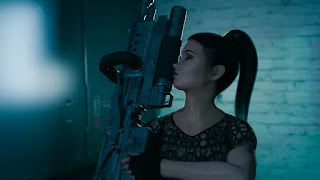 You can really tell how much passion has gone into it. The tropes it hits on, from the detective and sci-fi genres, it does so incredibly well, and the creator puts his own spin on them. Yes, they’re tropes but they’re an homage to those genres rather than bad writing. He shows that he understands these tropes, where they come from, how they’re used, and then can flip them on their backs with their legs in the air and proceeds to. You get the idea. He knows what he’s doing. The characters are all well-rounded, even the MC is full of personality.
I know it’s usually a thing to make the main character pretty blank so that the player can envision themselves like them, but this works so much better. He has his own thoughts and wants and you care about them not because you insert yourself as him, but because he, and all the other characters, feel real. You empathize with them and understand them. Every character is made with so much precision, even ones that you think are one-dimensional turn out to be full of depth. Just like Being A DIK, this game is really a pinnacle of what adult gaming can be. It grabs you so well, the same way I’m sure you’ll grab yourself while playing it. And since we’re talking about grabbing ourselves, the artwork is amazing, which yes means the female models and the “fun” scenes you’re playing the game for are amazing as well. And there is no shortage of scenes and kinks in this game. There’s something for everyone, from more vanilla, tender, loving scenes, to rough, buck-wild , and to futa. Yup. You read that right. Have fun with that one, it really creeps up and gets you. Go check it out you won’t regret it.